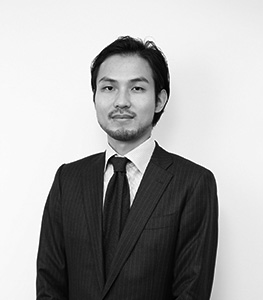 “Measures for compulsory execution against entire real estates that a corporation without legal capacity to hold rights possesses – In case of using name of a third party -” Minji Kensyu No.642, October 2010

“Whether a company can dismiss an employee who is expected to be reinstated after a leave due to injury and disease if there is no task to be allocated to the employee” Rosei Jihou No.3883, February 2015

“Is it possible that an employer will dismiss a mid-career worker who has a capability but has a trouble with boss after the expiration of trial period?” Rosei Jihou No.3888, May 2015

“Whether a company can file a damage claim against the intern who released the details of internship on the web” Rosei Jihou No.3892, July 2015

“Is the adoption of de facto working hours system admitted if the subordinate behavior is grasped through LINE application?” Rosei Jihou No.3898, November 2015

“Does the action to continuously force a woman to use her recorded name instead of maiden name fall under power harassment?” Rosei Jihou No.3904, February 2016

“How to deal with a family refusing to leave a house even after the employee applied for leaving and left a house” Rosei Jihou No.3910, June 2016

“Practice of law based on case studies -how to prepare contract document and more-” hosted by More-Selections Inc., April-June 2011

“Building framework for legal affairs with advantage in litigation and dispute” hosted by More-Selections Inc., June 2011

“How to deal with problematic employees – from encouragement to retire to dismissal” hosted by More-Selections Inc., September 2011

“Formulation of social media policy – examples of risks and troubles, measures to prevent and deal with internal rules, monitoring and dispositions -” hosted by Financial Management Forums, Inc., May 2012

“How to deal with problematic employees” hosted by Business Research Institute, 2012-2016

“Points to be noted when dealing with people in a bad condition of mental health” hosted by Business Research Institute, March and August 2014

“Points to be noted when dealing with people in a bad condition of mental health” hosted by Seminar Info Co., Ltd., March and October 2015

“Practice of law regarding disciplinary actions and how to deal with problematic employees according to specific examples” hosted by Business Research Institute, October 2015